Bharat Chauhan , Municipal Corporation of Greater Mumbai (MCGM) has tied up with India’s no 1 wildlife channel Animal Planet to sensitize citizens of Mumbai, especially children, about the importance of wildlife. In a first-of-its-kind initiative, MCGM will launch its 3D Theater located inside V.J.B. Udyan & Zoo, powered with world class content from Animal Planet, starting February 01, 2019. The entry to the theatre will be free for students from MCGM schools; there will be a nominal fee of Rs. 50 for non-MCGM school students/ individuals.

V.J.B. Udyan & Zoo is the first zoo in the country to launch a theatre inside its premises. The soon to be launched cinema with a seating capacity of more than 200 will showcase 4 shows a day. The first show will start at 11:00 hours while the last show will be screened at 16:00 hrs every day. V.J.B. Udyan & Zoo attracts more than 15,000 individuals on a week day while regular weekend entries crosses 30,000. The launch of a new theatre, powered by marquee content from Animal Planet, will give a tremendous boost to the popularity of the Zoo along with sensitizing visitors about wildlife.

Hon’ble Mayor, Shri Vishwanath Mahadeshwar, said, “Following the success of MCGM’s initiative with respect to the Humboldt Penguin Gallery at the Veermata Jijabai Bhosale Udyan & Zoo which has garnered wide ranging interest from the citizens of Mumbai, we are pleased to announce this one of a kind initiative in which MCGM is tying up with Discovery Communications India to bring exciting documentaries from their wildlife channel Animal Planet which will be screened exclusively for the visitors of the zoo. Our aim, through this entertainment led initiative, is to make every Mumbaikar sensitive about the importance of wild life.”

Speaking on the occasion, Ajoy Mehta, Municipal Commissioner, MCGM, said, “The state of art theater at V.J.B. Udyan & Zoo was conceptualized because we wanted to give a new-age dimension of learning led entertainment; with a larger cause of educating the young generation of India about the importance of wild life. We are delighted that Animal Planet has joined hands with us in this unique initiative. Initially, we are starting off with a line-up of 5 shows which will be changed at regular intervals to keep the audiences engaged.”

“We expect natural traction for the soon to be launched theatre. In addition, we will also launch an aggressive school reach out campaign inviting students from MCGM schools to experience the world class theatre,” added Municipal Commissioner Ajoy Mehta.

Zulfia Waris, Vice President, Premium & Digital networks, Discovery Communications India said, “It is an honor for us to work along with MCGM in sensitizing citizens of Mumbai, especially children, about wild life. The initial line-up of documentaries offered to the V.J.B. Udyan & Zoo theatre are entertaining and at the same time thought provoking – emerging from the fascinating intersection of the animal, human and natural worlds. We are confident that this unique initiative will go a long way in engaging and awakening viewers to the need for animal welfare and conservation.”

Animal Planet’s marquee documentaries like ‘Jawai: India’s Leopard Hills’, ‘African Wild’, ‘Mysterious Wilds Of India’, ‘Extinct Or Alive’ and ‘Speed Of Life’ are being be showcased at Mumbai Zoo Theater.

Watch the fascinating story of co-existence between wild predators and human from the rare footage from Jawai, a picturesque location in Rajasthan surrounded by hills. The village is situated near the Jawai dam, which makes it a paradise for the wildlife enthusiast! Leopards, the shyest of the big cats, can be sighted in these areas on a fairly regular basis.! They live on rocky outcrops, similar to African ‘kopjes’ and wander close to human habitation regularly. This show reveals leopard behavior like never before and challenges widely held opinion about the big cat.

Join an exclusive Big 5 Safari as a guest in one of South Africa’s most celebrated private game reserves. Witness an array of spectacular wild animal sightings as we take you on a game drive early each morning, and late each afternoon. We move carefully through the African bush, seeking out the animals who make their home there, from creatures as small as francolin fowl to those as large as an elephant. The game rangers use their incredible tracking skills to locate the elusive leopard and complete a perfect African Big 5 Safari.

Watch magical moments from Indian cameraman Sandesh Kadur’s lens. He’s on assignment for a feature that examines how wild species can survive in a country like India. This film shares inspiring stories of India’s wild species and how they live, survive and sometimes even thrive in a crowded human world. People have moved in to every part of this country forcing India’s wild creatures to share their food, water and land. So what does it take for a wild species to survive and thrive in this crowded human landscape? It’s a complicated, inspiring and sometimes unexpected story of shared lives: This is 21st Century Wild India.

What if extinct animals weren’t really extinct? Forrest Gallante, a wildlife biologist, is scouring the globe using cutting edge technology on his mission to find species that the world has stopped looking for. With a deep passion for and knowledge of all animals, Forrest tangles with remote and sometimes dangerous environments, seeking out evidence and eyewitnesses to track and bring back to life creatures mistakenly labeled as extinct.

So much of nature functions much faster or slower, lighter or darker, larger or smaller than can be appreciated with the naked eye. The subtle nuances and hidden majesty of the natural world will now be revealed by using all of modern technology to manipulate time, light and size to analyze THE SPEED OF LIFE. 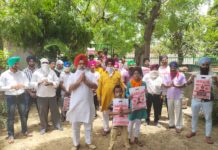 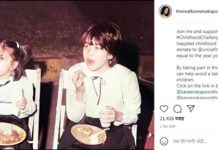 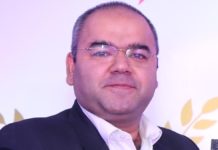 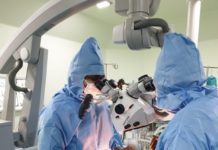 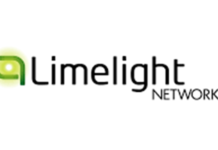 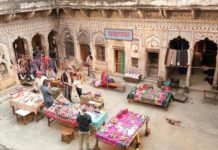 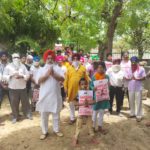 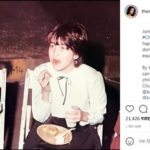 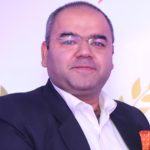